Real Madrid are reportedly keen to seal the departures of Los Blancos duo Karim Benzema and Gareth Bale, who both started on the subs bench against Bayern Munich on Wednesday.

Don Balon are stating that Madrid chief Florentino Perez want to get rid of the duo in the summer, and that he had reduced his asking price for the pair in order to do so.

The news outlet are also stating that Perez valued both Benzema and Bale at €100M each, however he has now reduced their asking price to €70M. 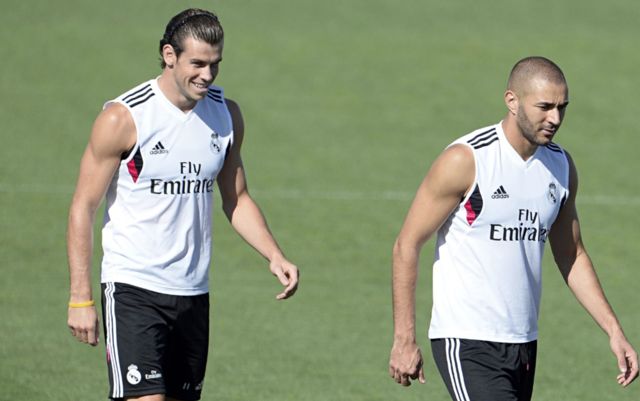 Real look eager to get both Bale and Benzema out of their club in the summer transfer window.

Both Benzema and Bale have really struggled for form this season, and this was shown in the Champions League after both were left out to Zinedine Zidane’s startling line-up to take on Bayern.

Benzema has his a serious dry patch in front of goal this campaign, with the Frenchman only finding the net five times in 27 league appearances, an awful record for a player of his quality.

Bale hasn’t faired too well either, with the former Spurs forward only bagging 11 goals in 22 league appearances, a record that we’re neither the player nor Real Madrid are best pleased with.

If Real do manage to ship the duo out, it’ll definitely be worth keeping an eye on who they bring in to the replace two of their key players.