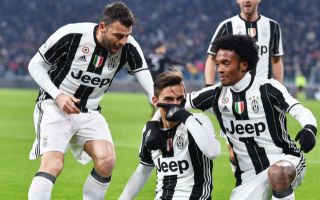 Inter Milan host Juventus in Serie A this evening.

Inter could impact the winner of the Scudetto and they will be looking to halt Juventus’ quest for another title.

The Old Lady lost to Napoli on Sunday which saw their lead at the top of Serie A cut to just one point with four games to go.

The Turin club suffered only their third home league defeat in the past five years after Kalidou Koulibaly’s dramatic late header last Sunday.

Juve manager, Max Allegri, has won the Serie A title in every year he has been manager and will be hoping for another title.

“We are still top of the table, we still have the advantage,” the Juve boss told reporters.

“There are four games to go, two at home and two away, so we’ll see what happens.”

When is Inter Milan vs Juventus and what time is kick-off?

Is Inter v Juventus on TV? And is there a live stream?

The game is live on BT Sport 2, where coverage will start at 7.30pm.

Roberto Gagliardini is out with a hamstring injury and is expected to be out until mid-May.

Juventus are without their defensive veteran Giorgio Chiellini due to a problem with the muscle in his knee.

Mattia De Sciglio is also out with a foot injury.