Barcelona forward Luis Suarez enjoyed a very productive spell with Liverpool, and it seems he still has fond memories of his time at Anfield.

The Uruguayan international spent three years with the Reds between 2011 and 2014, almost guiding them to a Premier League title with his impressive goalscoring form.

He left for Barcelona having bagged 82 goals in 133 games, and so Liverpool fans will continue to hold him in high regard for his impact on Merseyside, albeit it was far too short for their liking as they would undoubtedly have preferred to see him stay for longer.

However, it looks as though the feeling is mutual as he posted this image below on his Instagram stories, showing that the Liverpool connection is very much still alive as his son clutched a Liverpool teddy bear, with the caption reading: “What beautiful memories”.

There’s also a nod to another of his former clubs in Ajax as his son is wearing a jersey for the Dutch giants, although there seems to be an absence of any Barcelona related stuff in this particular snap.

Nevertheless, for Liverpool fans, this is a clear indication of the impact the club made on Suarez and his family, and they’ll undoubtedly love the affection still being shown by their former striker. 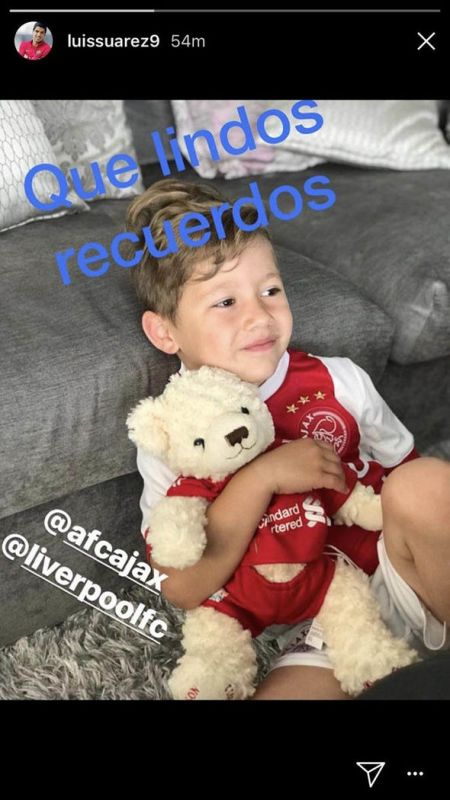 Ajax and Liverpool still have a very special place in his heart. pic.twitter.com/MRgcIAsMOc