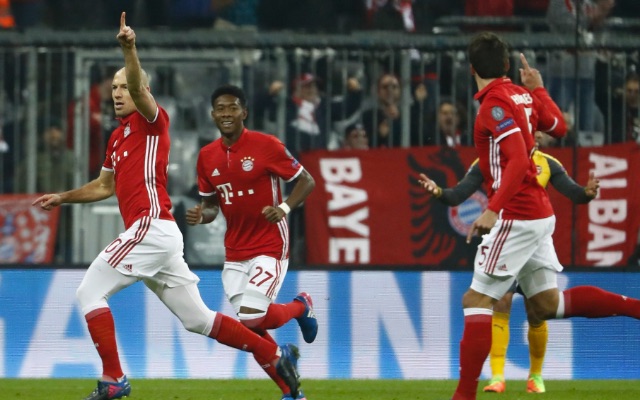 Bayern Munich have been given a selection headache ahead of their Champions League semi-final second leg at the Bernabeu against Real Madrid on Tuesday night.

The Bavarian giants are already in a tough spot given that they were defeated 2-1 at home in the first leg last week, and so they have it all to do if they wish to advance to the final next month.

Jupp Heynckes will be without Arjen Robben in their bid to do so, as Marca report that the Dutch winger hasn’t travelled with the rest of the squad due to an injury issue.

It’s added that Jerome Boateng is also ruled out but David Alaba returns, and so it remains to be seen how the Bundesliga champions line up when they face Los Blancos as they try to overturn that deficit.

Robben, 34, continues to edge closer to the end of his playing career and is undoubtedly not the same player that he once was. Nevertheless, with seven goals and 12 assists in 34 appearances this season, he would still have been a key figure in Bayern’s plans to reach the final.

As for Boateng, he will be forced to sit out after sustaining a hamstring injury in the first leg, and so it will be a blow for Bayern to be without two influential figures particularly at crunch time at this stage of the season.

Goals from Marcelo and Marco Asensio have given Madrid the advantage, and they’ll be looking to finish the job off this week with either Liverpool or Roma potential opponents in the final.