According to Pravda BL, as re-reported by Sport Witness, Buvac is taking a break as he will become the next manager at Arsenal to replace Wenger, who announced earlier this month that he would be stepping down at the end of the season.

Liverpool travel to face Roma in the Champions League semi-final second leg and will be without Buvac.

Buvac has been given a break for ‘personal reasons’ from Liverpool – however – the bookies have installed him as favourite to be in charge at the Emirates next season.

Buvac is nicknamed the German ‘brains’ and has been Klopp’s right-hand man during his days at at Mainz, Borussia Dortmund and Liverpool.

He is highly regarded by Klopp and is known for his tactical acumen – which is something the Gunners have missed in recent years – according to certain quarters.

According to talkSPORT, Buvac was born in the former Yugoslavia and his playing career saw him ply his trade in Bosnia and Germany, including a three year spell at Mainz 05 while Jurgen Klopp was also a player for the Rhineland club.

He retired as a player in 1998 at the age of 36, and immediately became manager of Neukirchen. 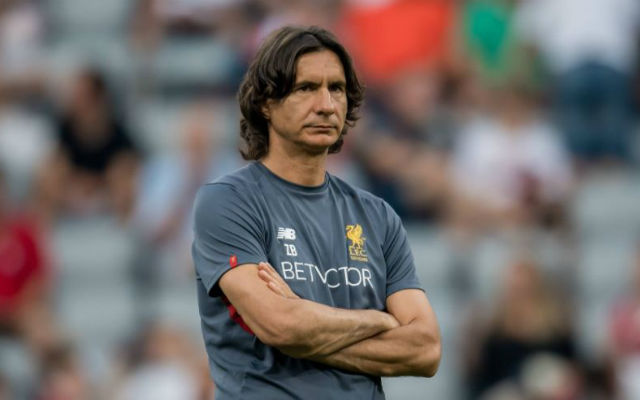 Buvac and Klopp have been inseparable ever since and have worked together for the past 17 years.

The pair spent seven years at Mainz before joining Borussia Dortmund for another seven years – where they enjoyed incredible success in the Bundesliga, German Cup and reached a Champions League final.

Klopp and Buvac the ventured to Merseyside to take charge of Liverpool in October 2015.

Buvac is said to be the brains behind Klopp’s high-pressing style of play, then hitting teams on the counter-attack.