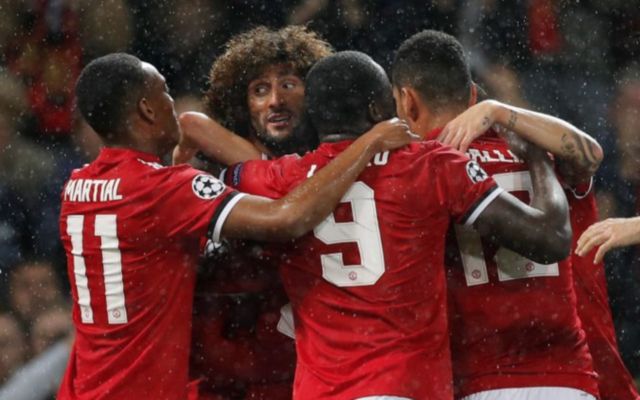 As he continues to edge closer to the end of his current contract, Man Utd midfielder Marouane Fellaini has warned the club that he’s in a strong position.

The 30-year-old has established himself as a key figure under Jose Mourinho at Old Trafford, albeit he’s been limited to just 22 appearances in all competitions this season due to injury woes.

Nevertheless, as noted by The Telegraph, the Portuguese tactician reportedly has a big desire to see the Belgian international remain with him at Man Utd amid ongoing concern that he could leave on a free transfer this summer when his deal expires.

Seemingly also using that factor to his advantage, Fellaini has been speaking candidly about his future and has not only warned the Red Devils hierarchy that he holds the power in negotiations now, but that they also could have an expensive headache on their hands trying to replace him.

“The club did not renew my contract last year. Now I am in a strong position, especially since Mourinho has stated that he wants to keep me,” he told Voetbal Magazine, as noted by Sky Sports. “Last year I went to the coach and I said that I wanted a new contract. I then had a second meeting, but I will not ask it 10 times.

“Afterwards I became important for the team… and a good player costs at least 50m euros. The club knows that they went wrong there.”

With Michael Carrick set to retire this summer, as per the club’s official site, it could leave Mourinho with a real headache if he were to lose Fellaini as well.

That would leave him with Paul Pogba, Nemanja Matic, Ander Herrera and Scott McTominay at his disposal in midfield, and while there is a lot of quality in that quartet, it’s arguably not enough depth to compete on various fronts as United will hope to do next season and beyond.

In turn, Fellaini makes a great point. United could potentially either now scramble to get him to agree to new terms or be forced to splash out on a replacement to fill the void left behind effectively.