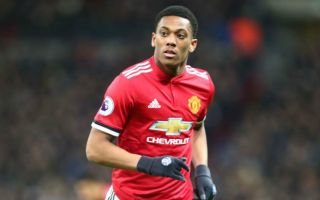 Victory at the Amex will guarantee United finish above rivals Liverpool.

Meanwhile, Brighton are 16th with 37 points – however – they still have to face champions Manchester City and Liverpool.

This will be the first top-flight meeting between these sides in Brighton since November 1982.

Jose Mourinho has made six changes to the side that beat Arsenal with Anthony Martial and Marcus Rashford included in the starting XI.

Romelu Lukaku is ruled out for the trip to Brighton after being injured from a challenge by Arsenal’s young Greek defender, Konstantinos Mavropanos.

Chris Hughton has made two changes to the Brighton side with Davy Propper and Glenn Murray starting.

? Here’s how Albion line up for tonight’s @premierleague game against @ManUtd at the Amex Stadium. #BHAMUN