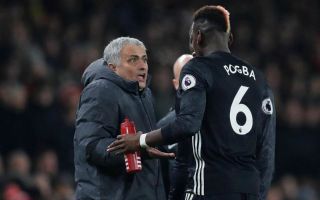 A Manchester United legend has taken a huge swipe at one star in particular for his methods this season.

READ ALSO: “Finally” – Manchester United fans ecstatic with one rare inclusion to starting XI vs Brighton but label another as a “disaster”

Treble winner Dwight Yorke has branded Jose Mourinho’s Manchester United methods as “a load of crap” in a controversial interview.

Yorke established himself as a Manchester United legend in 1999 when he was part of the iconic and historic treble winning side. The former Trinidad and Tobago star however has certainly raised a number of eyebrows with his latest comments.

Goal have cited a report from the Dubai Eye in which Yorke gave an interview on Manchester United’s recent performances and the club legend held no punches as he offered a damning verdict on Mourinho.

Yorke has not only questioned whether the self-proclaimed special one has the ability to deliver titles at Old Trafford but he has also speculated whether Mourinho is in any shape as successful as his arch rival Pep Guardiola by suggesting that Guardiola could bring a Champions League or Premier League to Old Trafford if given the opportunity.

Yorke has also branded Mourinho’s style of football as “a load of crap” for the defensive mindset that Mourinho has established at United.

“United are waiting for that one moment and secure a 1-0 advantage. That is not the way we play. It’s a load of crap, in my opinion.” (Comments per Goal)

While Mourinho has all-but guaranteed second place in the league and has booked United their second trip to Wembley for an FA Cup final in the space of three years (the first trip under Louis van Gaal), it appears to not be enough for Yorke.

Does Mourinho have to deliver a Champions League or a Premier League title next season to warrant an extended stay at Old Trafford? Let us know what you think in the comments.