Real Madrid have been given a potential boost in their aim to try and bring world class PSG and Brazil star Neymar to the Santiaga Bernabeu.

Don Balon are stating that midfielder James Rodriguez, who is currently on loan at Bayern Munich, is reportedly willing to leave the club and make a move to PSG, the side Neymar signed for the in the summer.

The news outlet are also stating that chief Florentino Perez is aware that PSG won’t allow Neymar to leave the club if Rodriguez is not included in an offer from Los Blancos, however following his willingness to move to the French capital, it seems Madrid have been given a boost in their hopes of landing the star. 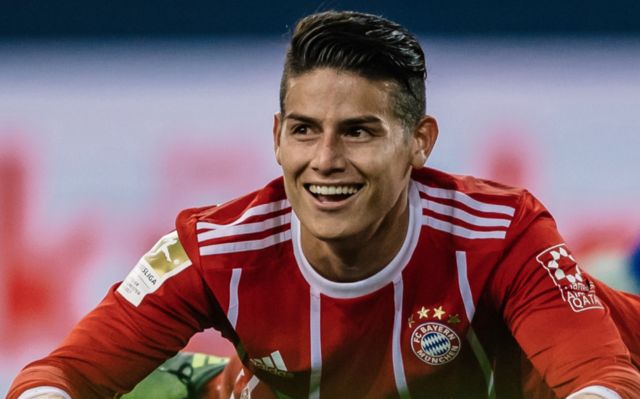 Rodriguez, who moved to the Spanish capital from Monaco in the summer of 2014 for a total of £63M as per the Guardian, has managed to impress this season during his loan spell in Bavaria.

In 37 appearances for the Bundesliga champions, the Colombian has managed to clock up a total of seven goals and 13 assists, meaning that he contributes to around a goal every two games, a decent return.

Despite his best effort, Rodriguez wasn’t able to help the German side overcome his parent club Real Madrid in the semi finals of the Champions League, something that will surely see Los Blancos secure their third title in a row later this month.

If Rodriguez truly is willing to move to PSG, it may be just the thing Real need to secure a move for Neymar in the near future.