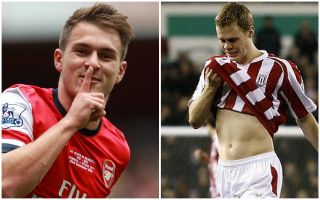 Arsenal fans are clearly like elephants – they never forgot.

Remarkably, eight years after Ryan Shawcross injured Aaron Ramsey with what was admittedly an awful tackle, Gooners still hold a massive grudge and are celebrating on Twitter right now as Stoke City are confirmed as being relegated from the Premier League.

Stoke have endured a nightmarish season and today’s 2-1 defeat to Crystal Palace has officially sent them down to the Championship for next season after ten years in the top flight.

You wouldn’t necessarily think this has much to do with Arsenal, but you were wrong. 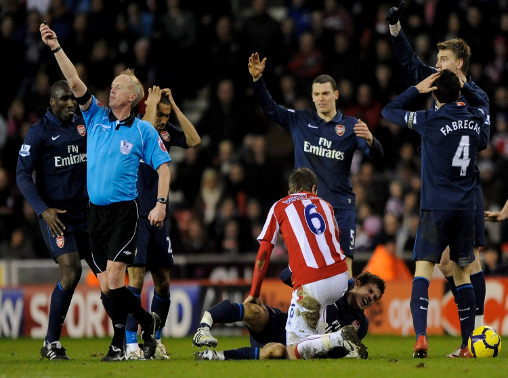 With the Gunners now sitting in 6th place and hoping to avoid being leapfrogged by Burnley, this is an accurate reflection of where the club are now.

Where once they would celebrate competing with Manchester United and Chelsea for major trophies or at the very least finishing above Tottenham every year, their main highlight of this season seems to have been Stoke going down today.

Shawcross setting up Palace to send Stoke down. Justice for Aaron James Ramsey at last. https://t.co/L8XfhvM66Y

Aaron Ramsey on the phone to Ryan Shawcross pic.twitter.com/Wm5hI4L2Pu

Ramsey got MOTM in our recent win against Stoke to help them go down.

Then today, Ryan Shawcross completes it by giving Palace the win.#lol