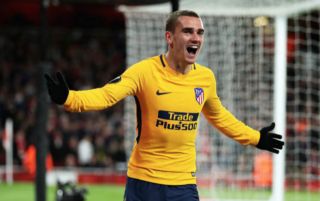 Barcelona are reportedly weighing up a transfer swoop for Chelsea forward Eden Hazard as a Plan B to Atletico Madrid’s Antoine Griezmann this summer.

According to Don Balon, this could be bad news for Real Madrid, who have long been linked with an interest in Hazard as well after his tremendous form in the Premier League.

The Belgium international has won two Premier League titles and PFA Player of the Year during his time in England and could no doubt play for one of Europe’s most elite club sides.

Indeed, after this disappointing season at Stamford Bridge it could be an ideal time for the likes of Barca and Real to try luring Hazard away from the Blues.

A similar style of forward to Griezmann, there’s no doubt the 27-year-old would make a fine alternative in the Catalans’ attack next season.

Hazard could also go some way to providing Real Madrid with an upgrade on under-performing stars like Gareth Bale and Karim Benzema in their front three, whilst also potentially being a long-term successor to Cristiano Ronaldo as the focal point of their attack.

Either way, Chelsea should probably be worried as interest seems to grow in one of their most important players, who will be aware that playing in the Champions League with the west Londoners next season is looking increasingly unlikely.