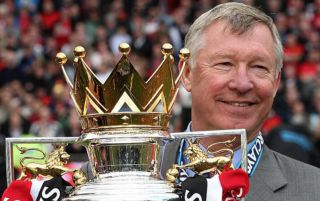 Football clubs and players alike have taken to social media to send ‘get well’ messages to Sir Alex Ferguson following the news that the former Man United boss had been hospitalised.

Sky Sports state that the Scot has undergone surgery on his brain, and that he is still in hospital recovering.

Following the news, football clubs and players have sent their condolences to both Man United and Sir Alex.

It’s no surprise to see so many clubs and players send send their condolences to Sir Alex, as the former Red Devils’ boss impact on the footballing world is unparalleled.

Having won everything there is to win with United, his impact on the game is something that’ll most likely never be topped for as long as a lot of us live.

Here are a few select tweets from both clubs and players, sending their heartfelt ‘get well’ messages to Sir Alex.

We’re all thinking of you, Sir Alex. pic.twitter.com/2K14ZPKFMk

This evening, everybody at Chelsea FC sends our best wishes to Sir Alex Ferguson for a full and swift recovery following emergency surgery.

Everybody at the Club sends their best wishes to Sir Alex Ferguson for a full and speedy recovery following his emergency surgery today. pic.twitter.com/bCqtsxRvu3

Sending my love and best wishes to sir Alex ????

Very sorry to hear the news that Sir Alex Ferguson is seriously ill in hospital. Wish him all the very best.

Everyone at Sevilla FC wants to send their best wishes and strength to those close to Sir Alex Ferguson at such a difficult time. If there's anyone out there with the spirit to pull through it's Sir Alex. Fuerza!

Hope and wish Sir Alex Ferguson to stay Strong and to have a full recovery!!??? #PrayforSirAlex

Just heard the news about Sir Alex Ferguson. Wishing him and his family all the strength for a speedy recovery. #keepstrong