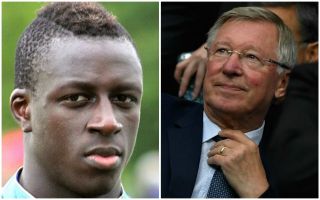 Manchester City left-back Benjamin Mendy has shown his class again by promptly telling a fan to ‘f* off’ after he was criticised for his show of support for Manchester United legend Sir Alex Ferguson.

BBC Sport report that Ferguson is in intensive care after brain surgery, and the footballing world has united in offering love and support towards the Scot and his family.

One of the greatest managers and characters the game has ever seen, rivalries have been put to one side as everyone hopes to see Fergie pull through after this sudden episode of illness.

Mendy was one of many to tweet about his sadness of the news involving the former United boss, and said he was sending prayers to him at this difficult time.

This prompted a frankly moronic City ‘fan’ to respond with a dig at Mendy over the tweet and his Muslim faith, but it’s fair to say the Frenchman was the clear winner in this exchange.

He's not muslim? stick to being a fan.

It’s been retweeted over 1000 times at the time of writing, with Mendy’s down-to-earth nature always making him a popular hit on social media.

The 23-year-old is absolutely justified in putting this person firmly in their place as people from all over the footballing world focus on Ferguson making a full and speedy recovery instead of on petty rivalries.