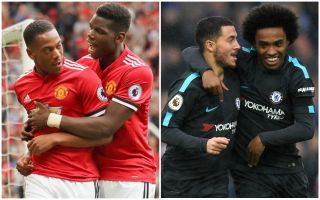 According to the Daily Mirror, the Red Devils boss is losing faith in Martial after a perceived lack of development and would be keen to allow him a move to suitors Chelsea if they can also offer £40million and Willian, whom Mourinho values at around £40m as well.

Many United fans will question the wisdom of allowing such a talented young player to leave for a rival only to bring in a player heading into the final few years of his career in return.

While Willian has been a superb performer for Chelsea and is a player Mourinho knows well, it seems a slightly short-termist move if it comes off.

Then again, that may not be such a bad thing as United are under big pressure to ensure they deliver big silverware before long as they look to get back to their best after a difficult few years.

Mourinho had a lot of joy in raiding his old club Chelsea for Nemanja Matic last summer and it could be that working with his former players is the best route forward for him at Old Trafford.