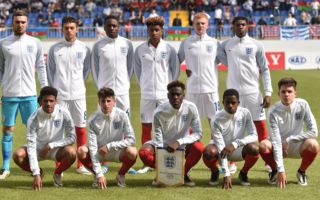 Man Utd have had their troubles at left-back again this season, and it’s claimed that they’ll miss out on a potential solution this summer.

Fulham starlet Ryan Sessegnon has been making a name for himself this year, with the 17-year-old scoring 15 goals and providing six assists in 49 appearances for the Cottagers.

That has helped build his growing reputation further despite still being a mere teenager, and after Fulham finished third in the table this season, he’ll be hoping to play a key role in their bid for promotion in the coming fortnight.

According to The Sun though, via Paris United, he could be on the move this summer regardless, as it’s claimed that Tottenham will land his signature ahead of both Man Utd and Paris Saint-Germain.

In turn, that will arguably be a blow to United in particular, as with Luke Shaw failing to convince Jose Mourinho, the Portuguese tactician has often gone with playing Ashley Young out of position at left-back.

In his defence, the stalwart has done a commendable job filling in, but if Man Utd wish to make real progress moving forward, they’ll surely benefit from having a natural left-back in that slot to offer balance to Antonio Valencia on the opposite flank.

A move to Tottenham arguably makes more sense for Sessegnon though, as with Mauricio Pochettino’s track record of giving youth English players a chance and significantly improving them, as seen with Dele Alli and Harry Kane in particular, it could be a beneficial move for him.

However, with Ben Davies as competition as well as Danny Rose potentially, there still remains an argument that he’s better off continuing his development with Fulham for the time being given he’s still so young and has his entire career ahead of him.