Liverpool have been handed a huge boost in an audacious pursuit of a huge star from a notable Champions League club.

Barcelona’s club president has given Liverpool a wave of optimism in a transfer pursuit of Ousmane Dembélé.

The speculation linking Liverpool with a move for Dembele from Barcelona this weekend appears to have emerged from little more than empty speculation. The last 24 hours however have seen a sharp increase in the likelihood of a deal being struck. The Daily Mail reported earlier today that Jurgen Klopp was becoming increasingly keen on a move for the Barca winger with the Liverpool boss admitting that if Dembele was to become available he would relish the opportunity to bring in the youngster. 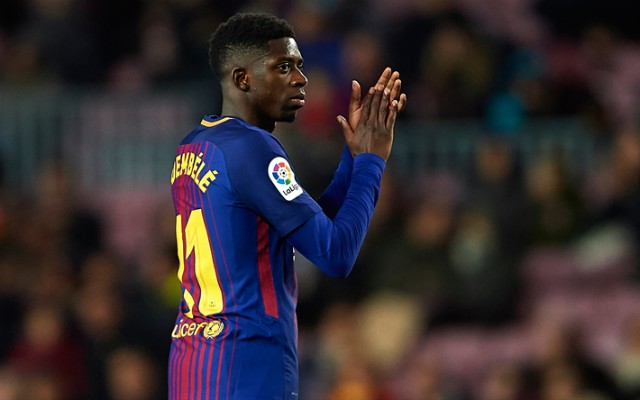 Dembele has been linked with a surprise move to Liverpool

This evening, reports have emerged from across Europe that would perhaps give the Reds an even bigger boost in their pursuit of the star.

Italian outlet CalcioMercato have cited a Spanish report from RAC1, in which Barcelona president José Maria Bartomeu indicates that Dembele is certainly not unsellable offering the verdict that the star’s future ‘will be evauled’.

The report states that while Dembele came to the Camp Nou from Borussia Dortmund for an audacious €150m that he could now be sold on just a loan basis in the summer after a poor debut season plagued by inconsistent fitness.

Could Liverpool really pull off a deal for the star?