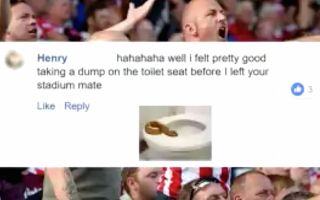 Yes, you read that correctly. An Arsenal fan has taken ‘revenge’ on Stoke City by leaving his fecal matter proudly displayed on a Stoke City toilet seat.

Arsenal fans are an incredibly complex species at times. The complexity of Gunners can be no better illustrated than by the weekend events that took place amid Stoke City being relegated from the Premier League. In short, an Arsenal fan felt it would be justly to celebrate the occasion by leaving his excrement in the Bet 365 stadium in some weird tribute in honour of Aaron Ramsey.

Some context is perhaps needed for this, although we must warn you it does little to offer a comprehendible explanation to the events that took place this weekend. 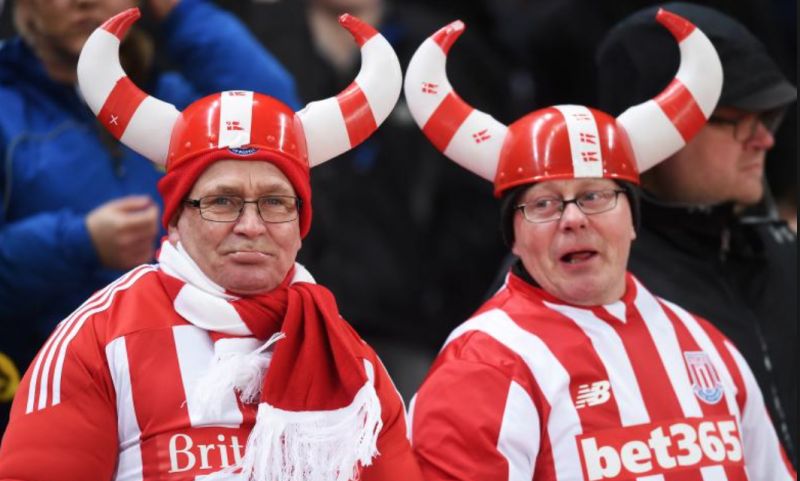 Since 2010, a number of Arsenal fans have felt an innate hatred and dislike towards Stoke City. Aaron Ramsey suffered a horrific and almost career-threatening leg break at the Bet 365 stadium eight years ago after receiving a ‘firm’ challenge (feel free to insert your own emotive adjectives to define the tackle) from Ryan Shawcross.

While there are a few more details to the story, the subsequent narrative that evolved from this incident is that Arsenal ‘fans’ hate Stoke City because Aaron Ramsey broke his leg against the side and Stoke City ‘fans’ hate Arsenal fans because they felt Gunners were being ‘salty’ about the incident and then Arsenal fans then disliked this reaction from Potters fans and it goes on and on and on and on. (For a more comprehensive report on the hatred, visit this fantastic GiveMeSport report). 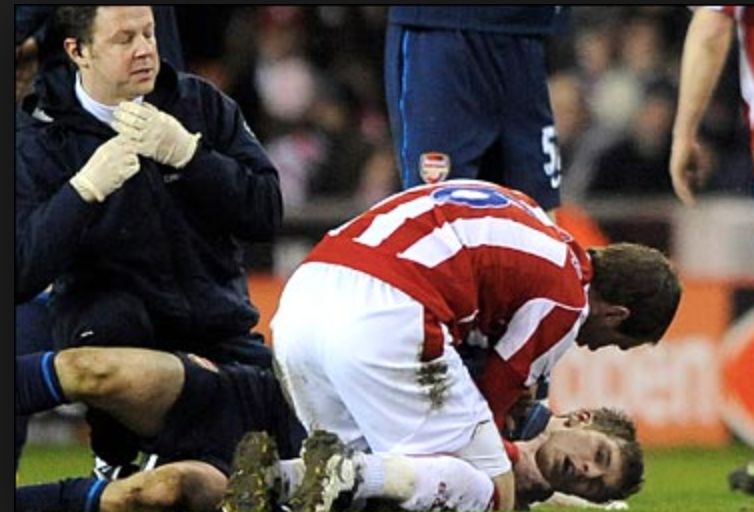 Subsequently, an Arsenal fan felt it was his duty for club, country and Aaron Ramsey’s right-leg to proudly defecate on a Bet 365 toilet at the weekend before boasting about his antics online with a picture of the frankly impressive excrement before declaring that Stoke City fans are a “bunch of f**king mugs.”

The credit for digging out all this information goes to the indisputable geniuses at PaddyPower. While we avidly await a statement from Aaron Ramsey’s PR team distancing himself, his brand and reputation from the fecal matter, you can watch their fantastic video below on the incident. Remain conscious that while you have been enjoying the bank holiday sun a social media intern has spent his entire day producing a video on an Arsenal fan’s literal sh*t. That, truly is God’s work.

Buckle up Stoke fans. Some guy called Henry has given you an absolute roasting.