Arsenal manager Arsene Wenger has confirmed Laurent Koscielny will be out for the next six months after undergoing surgery on an Achilles tendon injury.

The France international picked up the problem in the Europa League tie with Atletico Madrid and will now miss the World Cup as well as the first half of next season.

‘Koscielny is of course devastated because he had surgery. That means he will out for six months,’ Wenger is quoted  by ESPN.

‘You will not see him now certainly until the end of December.’

This is a huge blow for the Gunners in a crucial position, with Koscielny proving one of their most important players in recent times. 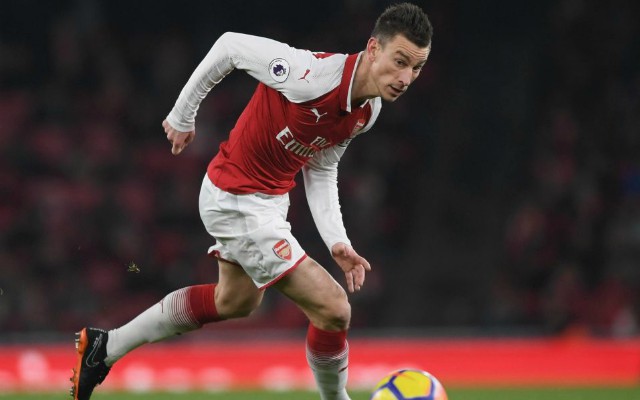 It now seems absolutely essential that Arsenal go in for a new signing at centre-back this summer, with Per Mertesacker also set to retire while the likes of Shkodran Mustafi, Rob Holding and Calum Chambers have struggled to impress.

This is certainly a big personal blow for Koscielny as well, with the player set to turn 33 later this year and surely now missing out on his last chance of playing at a World Cup for his country.