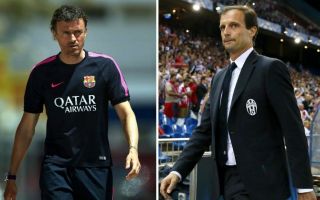 Arsenal legend Ian Wright has told the club’s board how they need to handle life under Arsene Wenger’s replacement – including some advice in the transfer market.

The former Gunners striker has made it clear he feels the board need to do better with their next manager than they have done at times in Wenger’s reign, where he feels the Frenchman has taken a lot of the flak for their errors.

Wenger recently announced he’d be stepping down at the end of this season after 22 years in charge of Arsenal, marking the start of a new era at the Emirates Stadium.

It’s crucial Arsenal get their next managerial appointment right after a difficult few seasons, and Wright has given them some advice on how they can handle things.

The former England international wants them to show faith in the new man and be vocal in doing so, whilst also being patient if things don’t get off to the best of starts.

He also feels Arsenal need at least three signings, and has named a goalkeeper, a defender and a midfielder as the priorities for the north London giants.

Ian Wright has been discussing Arsenal’s next manager

‘Now Arsene is going that safety net is going with him. So the time has come for all those who’ve been so quiet over the years to show their true colours,’ Wright wrote in the Sun.

‘By that I mean for them to get vocal, get public, get behind whoever the new man is  — and, most importantly, hold their nerve if he  doesn’t get off to a flier.

‘Whoever fills the vacancy will have a heck of a job on his hands, simply because the old manager was there for so long.’

He added: ‘By my reckoning, Arsenal need a centre-half, a keeper and possibly another midfielder.’