The Reds are being linked with a swoop for the France international by SFR Sport after his frustrating first season at the Nou Camp in which he’s not played or made as much of an impact as expected.

Dembele joined Barca with the reputation of one of the best young players in the world, and there’s no doubt he could still fulfil that potential if given more playing time in a team more tailored to his strengths.

Jurgen Klopp certainly seems to know how to get the best out of talented attacking players, having raised the games of Mohamed Salah and Roberto Firmino in particular during his time at Anfield. 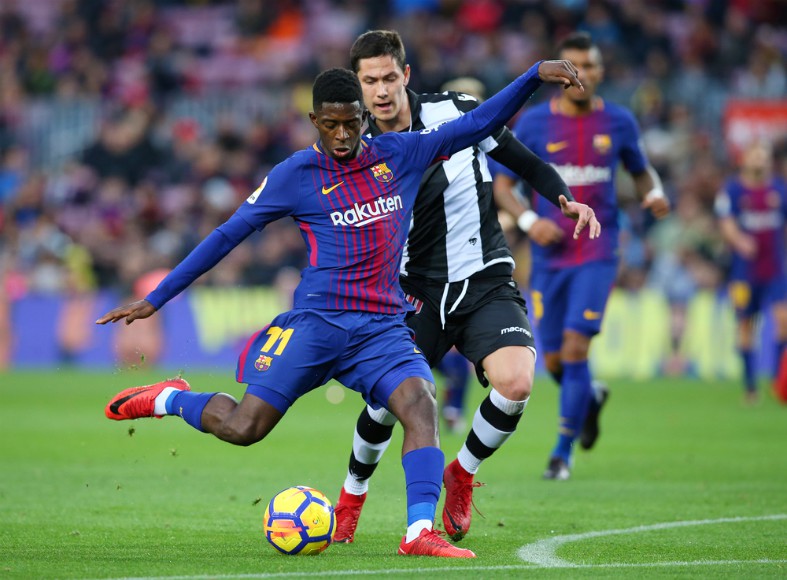 Ousmane Dembele is a rumoured transfer target for Liverpool on loan

Don Balon have recently linked Arsenal with an interest in Dembele as well, but SFR Sport suggest Liverpool are keen to bring him in on loan.

This would be outstanding business if the Merseyside giants can pull it off, and it would surely give them one of, if not the best attacking quartet on the planet.

Liverpool are already the top scorers in this season’s Champions League, with Salah and co. blowing teams away in many games this season.

Adding the pace and skill of Dembele to this squad has the potential to make this Liverpool team close to unplayable next term, and it would also strike a real blow to Arsenal in what would be a huge addition to their struggling attack.