Garth Crooks is a big fan of Chelsea midfielder N’Golo Kante and believes he would be the missing link for Manchester United and Liverpool in their pursuit of Premier League title glory.

The France international had a superb game against Liverpool this weekend, helping Chelsea to a morale-boosting 1-0 victory at Stamford Bridge on Sunday.

While it has largely been a disappointing campaign for the Blues as they scrap it out to snatch a top four place late on, Kante has remained a key performer throughout.

Having won the title with Leicester City and then Chelsea in his first two seasons in English football, it’s clear the 27-year-old has what it takes to turn teams into champions, and Crooks believes he’d have the same impact at Manchester United and Liverpool.

‘N’Golo Kante was back to his masterful self against the Champions League finalists,’ Crooks told BBC Sport. 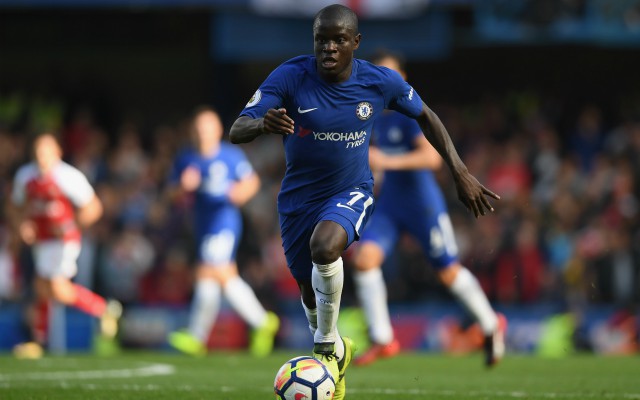 ‘If there was an interception to be made, he made it. However, what I have noticed is the growth in confidence in his overall game. He seldom gives the ball away and his passes always get to where they are intended.

‘Kante has won two Premier League titles with two different clubs and I dare say if he moved to Manchester United or Liverpool, the title would move there too.’

Of course, there’s no suggestion either of those clubs would have a chance of signing such an important player from a major rival, but Crooks is probably right that both teams lack a defensive midfielder of his calibre and having someone like him in their ranks could be the difference between merely challenging and going all the way in the title race.