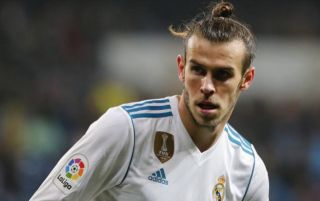 Real Madrid travel to the Sanchez Pizjuan to take on Sevilla as they look to close the gap on Atletico Madrid.

Cristiano Ronaldo picked up an injury in the 2-2 El Clasico draw on Sunday after clashing with Gerard Pique as he scrambled home Real Madrid’s first goal against Barcelona.

He was withdrawn at half-time with an ankle injury despite continuing to play after scoring.

Ronaldo has had a brilliant 2018, netting for the 21st time in 12 La Liga appearances, and scoring 15 goals in the Champions League this season.

According to Sky Sports, the Portuguese superstar won’t feature against Sevilla or against Celta Vigo on Saturday, but manager Zinedine Zidane has confirmed he will definitely be available for the Champions League final against Liverpool.

Zidane’s side put five past Sevilla earlier in the La Liga season.

When is Sevilla vs Real Madrid and what time is kick-off?

The game takes place on Wednesday, May 9.

The match will be held at the Ramon Sanchez Pizjuan Stadium.

The game is live to watch on Sky Sports Mix, with coverage starting at 9pm.

Sky also said that Isco and Dani Carvajal will miss the game, despite the former returning to training.

They also report that Sevilla’s, Sergio Escudero, Ever Banega and Sergio Rico will be available and Simon Kjaer and Sebastein Corchia were both fit to train fully ahead of the game.

However, Jesus Navas is a doubt for Sevilla with a muscle injury, according to Goal.