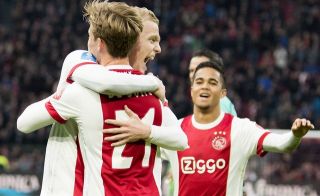 Manchester City, Tottenham, Barcelona and Bayern Munich are reportedly the clubs on alert for the transfer of Ajax wonderkid Matthijs de Ligt this summer.

According to De Telegraaf, the 18-year-old defender has informed Ajax of his desire to move on, which could now spark a transfer battle between some of Europe’s best clubs.

De Ligt has long been considered one of the brightest talents coming through in Dutch football and looks ready to make the step up to a genuine European super club.

City already have one of the best squads in the game but could arguably do with De Ligt as an upgrade on someone like John Stones at the back, as well as as a long-term replacement for ageing club captain Vincent Kompany. 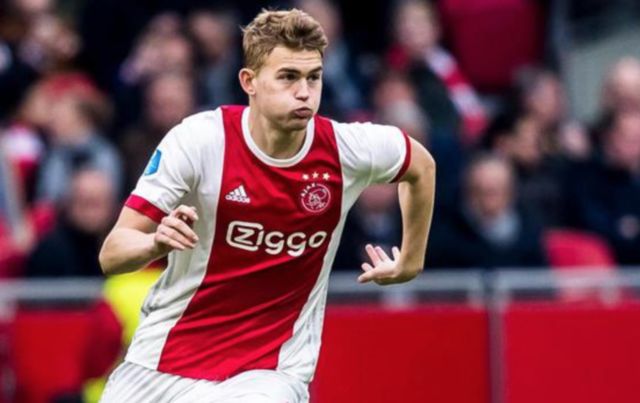 Matthijs de Ligt wants a transfer away from Ajax

Tottenham, meanwhile, could be about to lose Toby Alderweireld to Chelsea, according to the Sun, so De Ligt could be an ideal replacement in that position.

The Netherlands international may also feel his chances of continuing to play regularly would be best served by moving to Spurs ahead of the other clubs mentioned.

Still, Barcelona and Bayern also have a proud tradition of handing opportunities to young players so could also be a good stage for De Ligt to continue to develop into potentially one of the best defenders in the world.