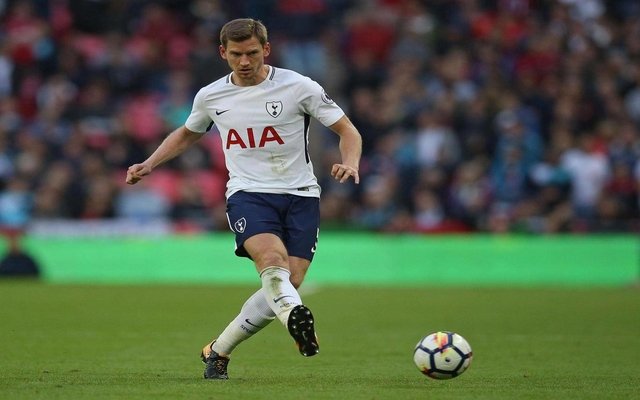 Tottenham host Newcastle in the Premier League tonight looking to secure a place in the Champions League.

Spurs suffered a shock 1-0 defeat to West Bromwich Albion at the Hawthorns last Saturday and will be looking to bounce back as Chelsea are only two points behind.

READ MORE: How can Tottenham, Liverpool, Chelsea get Champions League football next season?

Mauricio Pochettino has opted for a back-four tonight, with Ben Davies, Moussa Sissoko and Son Heung-Min brought in to the starting lineup.

However, there was good news for Tottenham fans as Jan Vertonghen has recovered from his own twisted ankle picked up against West Brom and he returns to the line-up.

As for Newcastle, DeAndre Yedlin appeared just once for Spurs in his spell with the London club and he starts at right-back for Newcastle.

TEAM NEWS: Here’s how Newcastle United will line up against @SpursOfficial at @wembleystadium this evening (kick-off 8pm BST). #NUFC pic.twitter.com/nEJyEZgf7j