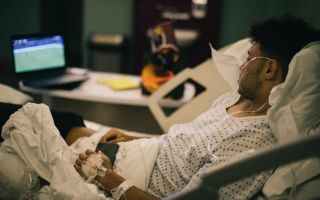 Liverpool midfielder Alex Oxlade-Chamberlain shared a heartbreaking image on his Instagram page of him following the Champions League semi-final win over Roma from his hospital bed.

The England international went off injured in the first leg of that tie as Liverpool won 5-2 at Anfield, but he could not feature in the second match at the Stadio Olimpico.

Oxlade-Chamberlain has been a big hit since joining Liverpool from Arsenal and has played his part in this superb Champions League campaign.

He was certainly missed as Liverpool lost the second leg of their tie 4-2 in Rome, though they still progressed 7-6 on aggregate.

Watching the boys in Rome last week taking us one step closer to something very special. Knee surgery was a success and the hard work has already begun 💪🏽

Still, it’s extremely tough for the Ox as he had to follow what would have been surely the biggest game of his career from inside a hospital after undergoing knee surgery.

On a more positive note, however, the 24-year-old says in his Instagram post that the procedure went well, so Reds supporters will be hoping he can make a strong comeback for the club next season to build on a hugely promising first year at Anfield. 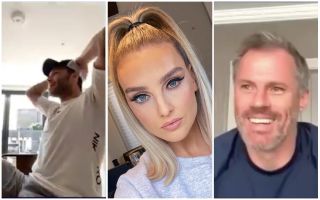