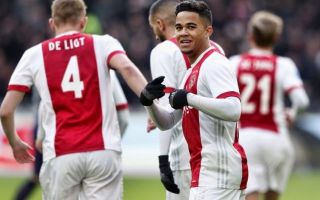 According to Arab News, City are leading the running for the teenager’s signature going into this summer, with Ajax chief Edwin van der Sar quoted as saying it’s proving a challenge holding on to him.

Kluivert looks an exciting prospect and is the son of legendary Dutch striker Patrick Kluivert, who is most well known for his success with Ajax and Barcelona during his playing days.

His son is now clearly in demand after this season and Arab News claim City are looking at him after failing in efforts to sign attacking players like Alexis Sanchez and Riyad Mahrez in January.

The report also mentions Jose Mourinho’s admiration for Kluivert, but it may be that City would be the more tempting option for a young attacker, with Mourinho not exactly known for trusting youth or allowing flair players much room to express themselves. 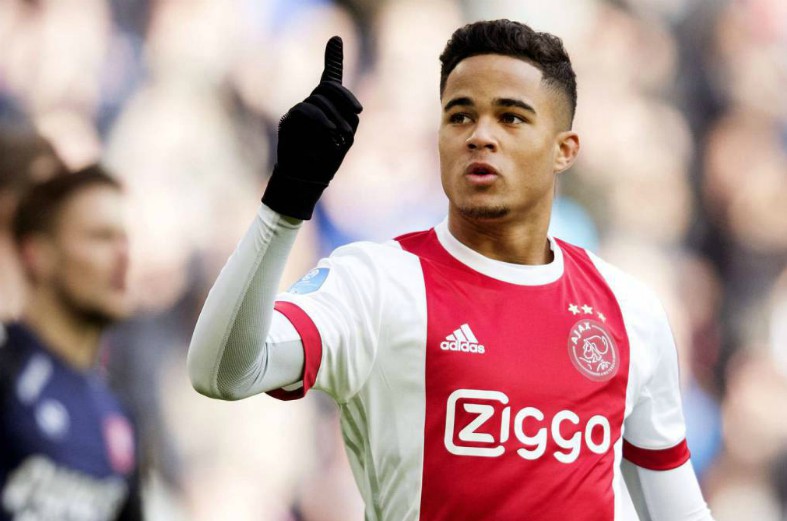 The report also quotes Van der Sar as saying: ‘We have been talking for 10 months now, and we are a bit done with it all now. He is difficult to keep.

‘His agent pushes him toward the exit, which is a shame. It is not our intention to let players aged 18 or 19 leave the club. That is not the philosophy of Ajax.’

Any youngster like Kluivert would surely jump at the chance to work under City manager Pep Guardiola, though it’s admittedly hard to see precisely where the 18-year-old would fit in at the club due to the abundance of attacking midfield options already available to them.