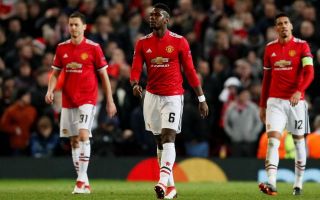 It’s fair to say things haven’t really gone to plan for Mourinho at Old Trafford since he took over from Louis van Gaal last season, despite winning three trophies in his first season in charge.

United only finished 6th in the Premier League last season, but saved some face by scooping up the Community Shield, the League Cup and the Europa League.

This year, however, the club have moved up to second in the Premier League – a position they cemented with their 0-0 draw against West Ham tonight – though the only trophy they can win is the FA Cup, where they face a tricky final against Chelsea.

Tonight’s drab performance has been met with much criticism, with Sky Sports pundit Jamie Redknapp quoted as saying he doesn’t enjoy watching United under Mourinho.

WATCH: After a record-19th 0-0 draw since Sir Alex Ferguson left the club, Jamie Redknapp says that Manchester United have become "hard to watch" due to their negative style of football under Jose Mourinho.

His colleague Paul Merson has been quoted as slamming the manager as well, as he believes he’s made his players too scared to express themselves or to even move around properly on the pitch.

‘Every time I watch United play, they always jog back and look at the dugout, they always look to Mourinho, they look petrified,’ Merson told Sky Sports, as quoted by UtdXtra on Twitter.

‘When I watch United play, everyone’s standing still, there’s no movement, the players are petrified.’