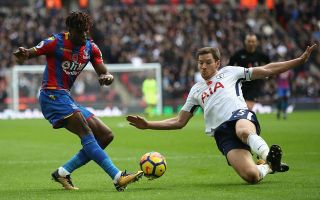 The Baggies relegation to the Championship was confirmed after Southampton’s win at Swansea on Tuesday.

However, they have performed remarkably under the stewardship of Darren Moore, putting together their best unbeaten run of the season.

West Brom caretaker-manager, Moore, says he will hold talks with the club’s board over his future next week, after the Baggies’ great form over the last month.

Crystal Palace’s performances in the league have been brilliant since Roy Hodgson took over at the helm.

Last week, they beat Stoke away to see the Potters relegated.

When is Crystal Palace v West Brom and what time is kick-off?

The match takes place on Sunday, May 13 at Selhurst Park.

Joel Ward is a fitness doubt for Crystal Palace after limping off against Stoke last weekend.

However, there was good news for the hosts with Jeffrey Schlupp making a substitute appearance and could be pushing for a start.

As for the Baggies, Gareth Barry (knee) and James Morrison (Achilles) remain Moore’s only injuries and he said he may rotate his side against Roy Hodgson’s side.