Manchester United and Chelsea are among the clubs interested in swooping for the transfer of Tottenham defender Toby Alderweireld as his future remains in the balance.

According to Sky Sports, the Belgium international is set to hold key talks over his Spurs future next week, as indicated by manager Mauricio Pochettino.

Sky also list Paris Saint-Germain as being among Alderweireld’s admirers, with the 29-year-old showing himself to be one of the most solid centre-backs in Europe in recent years.

It’s somewhat surprising the player has been less of a regular for Tottenham this season, but injury problems kept him out for some time and have since seen him fall down the pecking order. 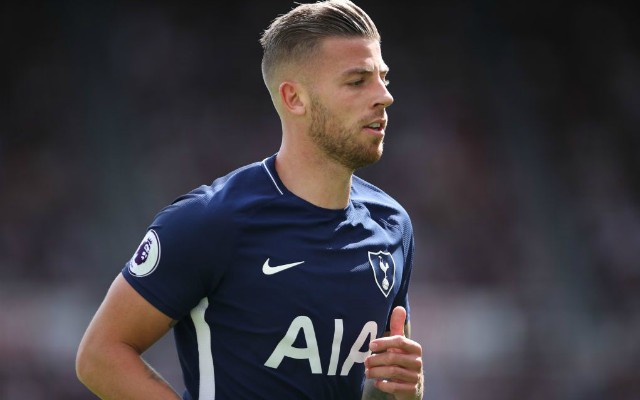 There’s no question Alderweireld at his peak level would command a starting spot for either United or Chelsea, so Spurs will surely do what they can to avoid strengthening their rivals.

The Daily Mirror recently suggested Alderweireld could have an asking price of around £55million, which looks a reasonable fee even if he is slightly on the old side.

It may be that the former Ajax man’s peak years have now passed, but even for a short-term measure, Alderweireld would instantly improve United and Chelsea’s defensive performances next season.