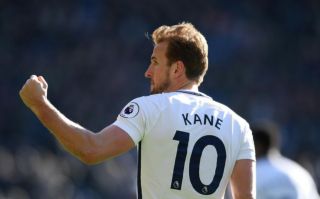 Tottenham host Leicester on Sunday at Wembley in the final game of the Premier League season.

Spurs will finish above Chelsea and Arsenal this season and booked a spot in next season’s Champions League group stages on Wednesday with a win against Newcastle.

Spurs will be moving into their new stadium in north London with their third successive top four finish.

Leicester picked up their first win in six games against Arsenal on Wednesday night after a 3-1 success with Jamie Vardy and Riyad Mahrez getting on the scoresheet.

Harry Kane will be hoping to win a third Golden Boot, with the striker three goals behind Liverpool’s Mohamed Salah with one game to play.

The striker scored four in a 6-1 win at the King Power Stadium at the end of last season.

When is Tottenham vs Leicester and what time is kick-off?

The match takes place on Sunday, May 13 at Wembley.

Kieran Trippier expected to be fit to play after recovering from a knee injury sustained against Newcastle.

Serge Aurier (hamstring) and Mousa Dembele (ankle) are being assessed.

Toby Alderweireld could be making his last appearance for the club.

Adrien Silva and Fousseni Diabate are available for selection.