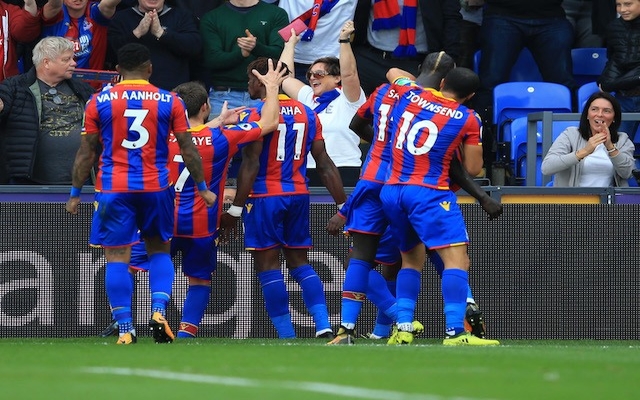 After proving to be a fundamental part of Crystal Palace’s bid for survival, Wilfried Zaha is reportedly a wanted man with Liverpool and Chelsea among those eyeing a move.

The 25-year-old has scored eight goals and provided five assists in 28 Premier League appearances this season, with the Eagles escaping the drop and pushing on for a top 10 finish.

Having been a critical part of that turnaround under Roy Hodgson, the last thing that the club will want is to now lose him this summer as it could leave them in trouble next year when they’d rather hope to build on their improvement.

Nevertheless, according to The Mirror, Palace may have a serious problem on their hands as Liverpool, Chelsea, Arsenal, Man City and Tottenham are all said to be holding an interest in the Ivorian international ahead of the summer transfer market.

That will naturally be a concern as those are all clubs potentially capable of offering Zaha a battle for a top four spot next season and with that comes the appeal of competing for major honours and playing in the Champions League.

After that disappointing spell at Man Utd, he may well feel as though he has proven himself at Selhurst Park, and now it comes down to which club is willing to make an investment and hope that he can produce at the highest level moving forward.

If Palace can show proof that they have plans in place to continue to move in the right direction and improve on their showing this season, then perhaps Zaha could still leave his suitors disappointed and forced to look elsewhere.

However, with his pace, creativity and eye for goal, he’d be an asset for most sides and so it comes as no surprise that he has attracted plenty of reported interest.