Cristiano Ronaldo has highlighted the two players he wants to join him up front for Real Madrid next season, and there’s no room for Gareth Bale.

Don Balon are stating that the Portuguese superstar wants Los Blancos to keep ahold of Karim Benzema for next season as the France international is seen as an integral part of the club.

The news outlet are also stating that Ronaldo wants Liverpool forward Mohamed Salah to join him and Benzema up front, meaning that there would be no room for Gareth Bale in Ronaldo’s eyes. 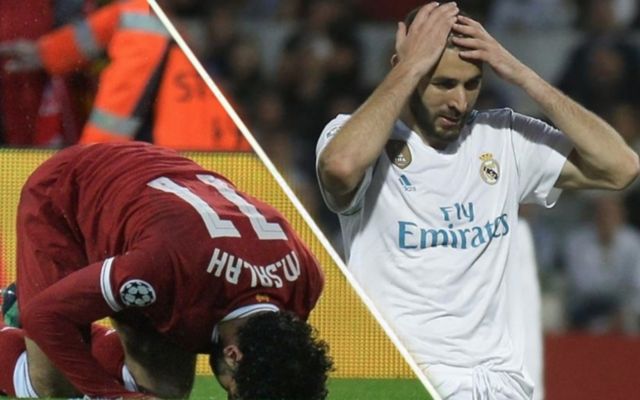 It’s no surprise Ronaldo wants to see Salah join him at Real Madrid next season, as the Liverpool superstar has been in Ballon D’Or-worthy form this season.

In 50 appearances for Jurgen Klopp’s side, the Egyptian star has managed to bag a total of 43 goals and 15 assists, a total that rivals both Lionel Messi and Ronaldo himself.

If Salah were to make the switch from Merseyside to the Spanish capital, it’ll be interesting to see if he can keep up the form he’s been in this season with both Benzema and Ronaldo alongside him.