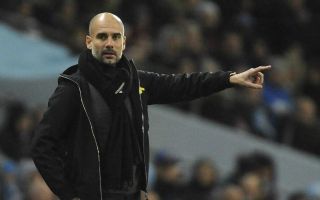 Southampton host Manchester City in the final game of the Premier League season.

The Saints secured a crucial 1-0 away win against fellow relegation rivals Swansea City in midweek, leaving themselves in 17th place – three points clear of Swansea.

Mark Hughes’ men are effectively safe and a point would guarantee safety for another season.

Southampton also have the advantage of having +9 goal difference over Swansea meaning it would take a big home defeat together with a huge win for the Swans to see them relegated.

Meanwhile, champions Man City will be looking to become the first Premier League side to achieve 100 points after they broke Chelsea’s 95 points record last night against Brighton.

A win against the Saints would see them become the first side to do so in England’s top flight.

When is Southampton vs Man City and what time is kick-off?

Is Southampton vs Man City on TV and is there a live stream?

Jan Bednarek is a doubt for Southampton after suffering a head injury against Swansea.

As for City, defender Vincent Kompany started yesterday’s game after recovering from a knock against Huddersfield.

Guardiola may make some changes having handed starts to Claudio Bravo, Yaya Toure and Danilo on Wednesday.

Benjamin Mendy could make his first start since September after appearing from the subs’ bench again.