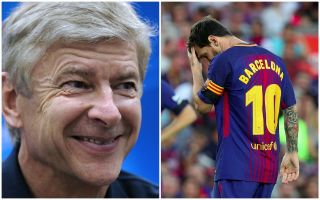 Who knows? Maybe Arsene Wenger had the last laugh after all.

It may be 14 long years since the Invincibles, but such is the scale of the achievement that Arsenal team remains one of the most legendary and talked-about sides ever to grace the game.

This has even led to some to suggest that winning one title unbeaten wasn’t really that big an achievement considering Arsenal drew 12 games, won a lot by just a one-goal margin and under-achieved in the FA Cup and Champions League. 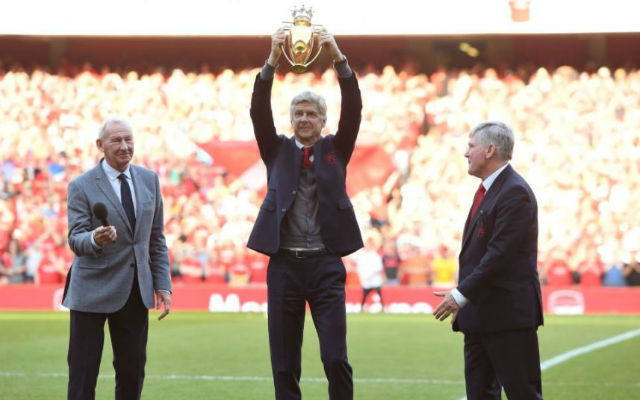 Arsene Wenger bows out at Arsenal with his unbeaten record intact

And yet, no one else has managed anything quite like what Wenger’s team did that year – and on the day of his final game in charge of the Gunners, Barca truly paid the ultimate tribute.

Losing 5-4 to Levante, even this star-studded side playing in the supposedly non-competitive Mickey Mouse league of La Liga couldn’t quite see an Invincibles campaign through.

Today. Of all days. Levante beat Barcelona to end their unbeaten run.

There’s only one Arsene Wenger. The invincible. The Legend#OneArsèneWenger

Barcelona give a perfect tribute to Arsene Wenger losing the unbeaten streak.

So all the “Invincibles season not that impressive” takes should die. Barcelona didn’t go undefeated. Mr. Wenger’s Arsenal did. My guy

Barcelona's tribute to Arsene. Only one Invincibles. Wenger ??

Barcelona shows tribute to Arsene Wenger by not beating his record..in his final day at @Arsenal ??

Thanks @FCBarcelona Great way to send off Wenger.