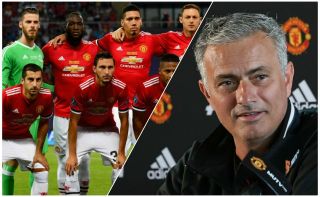 Martial also sat out the game against West Ham in midweek but Mourinho had suggested he’d be ready to return today to make sure he was fit enough to take on Chelsea in next week’s FA Cup final.

However, the France international isn’t even on the bench today and fans cannot contain their anger as they flood social media with negative comments about Mourinho.

Mou on no strikers: "For the ones who will play the cup final, resting for two weeks is not the best preparation. Sunday is again for Martial and Rashford." #MUFC

The Portuguese appears to have gone back on his word with regards to trusting Martial, as noted in the above quote taken by Kris Voakes, and is once again appearing to neglect a talented young attacking player.

At Chelsea, Mourinho let the likes of Mohamed Salah and Kevin De Bruyne leave, with both going on to enjoy huge success at other Premier League clubs.

Martial seems to have similar potential but hasn’t had a regular run of starts this season, with the Sun among sources to recently claim United won’t block his departure this summer.

No Rashford or Martial on the bench, Young still starting ahead of Shaw. Get that Portuguese cunt out of my club

No Martial in the squad? Nah Mourinho is taking the piss. De Bruyne/Salah part 2 incoming ?

How can anyone still support Mourinho after this? He gave Martial false hope that he was starting today and now this has happened. I hate him so much https://t.co/BrM29JECgM

Mourinho will be here one more year tops. And he will have downgraded our squad by selling Martial and Shaw. And signing Willian and Rose.