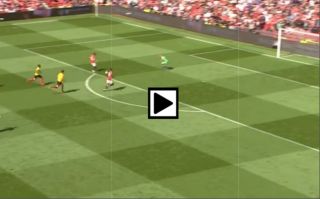 The Spaniard, who’s been on top form whenever he’s been played by Jose Mourinho this season, proved just how unselfish he is, after he allowed the England international to tap home from close range following an excellent pass from the retiring Michael Carrick.

The goal now means that United are on course to finish the season with 81 points, their highest tally since Sir Alex Ferguson left the club back in 2013.

We already know how much of a nice guy Mata is through his ‘One Percent’ charity, however now he’s even showcasing his niceness on the pitch as well as off it too!

Here’s a clip of Mata’s amazing piece of play to set up Rashford at Old Trafford this afternoon. What a fantastic player that man is!