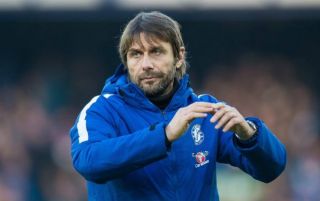 Chelsea needed to win at Newcastle United to stand any chance of grabbing a Champions League qualification spot. Sadly for the Blues faithful, the players didn’t look up to it.

As well as defeating the Magpies, Antonio Conte’s side needed a helping hand from Brighton at Anfield against Liverpool to see Chelsea leapfrog their rivals and claim fourth spot.

Unfortunately for them, nothing was going to plan on Sunday as not only did they fall behind at Newcastle as Dwight Gayle found the back of the net, but Liverpool took the lead through Mohamed Salah.

In turn, it looks pretty bleak in terms of their hopes of qualifying for the Champions League, and based on the tweets below, fans were far from impressed with both Conte and the players in terms of their first-half performance.

Much of the anger was directed at the Italian tactician with calls from some to even sack him at half-time, while others were singled out including the likes of Victor Moses, Tiemoue Bakayoko and Ross Barkley as they were all guilty of some poor defensive work in the build-up to the goal.

It remains to be seen if Chelsea can turn things around in the second half, but with Liverpool winning, it will mean little in terms of their hopes of getting back to the Champions League as they looked destined to be featuring in the Europa League instead.

Sack him at half time.

What a fucking joke of a group of players. Azpi the only one playing this is pathetic

Conte is getting sacked straight after by mutual consent

Anyone know how to fire the manager at halftime? asking for a friend