Man Utd boasted one of the tightest defences in the Premier League this past season, but they continue to be linked with defensive reinforcements this summer.

The Red Devils conceded just 28 goals in 38 games, giving them the second best defensive record in the top flight behind champions Man City.

In turn, it doesn’t seem like a logical transfer strategy to plan to bolster their backline any further, but according to The Sun, they have their sights set on Napoli right-back Elseid Hysaj who could cost £44m, as per the release clause in his current contract.

The 24-year-old has emerged as a reliable figure in Maurizio Sarri’s starting line-up, as he was an almost ever-present again this season having made 46 appearances in all competitions.

Defensively sound and full of running to establish himself as an attacking threat too, the Albanian international would undoubtedly be a top signing but again, with Antonio Valencia in that role, it’s questionable as to whether he has to be a priority for Man Utd.

The club stalwart does turn 33 later this year though and with Jose Mourinho failing to show much faith in his alternatives, a long-term replacement may well be needed at Old Trafford sooner rather than later.

With that in mind, perhaps the potential signing of Hysaj does make sense, and at 24, he still has a large part of his career ahead of him.

Napoli fell short in their bid to win the Serie A title again this season, losing out to perennial winners Juventus. Perhaps the frustration of not being able to topple the Turin giants could force some of their star names to consider their futures with Hysaj seemingly now a wanted man by Man Utd. 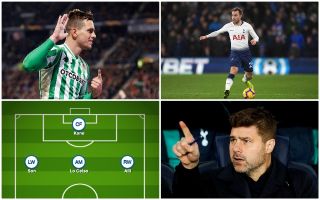