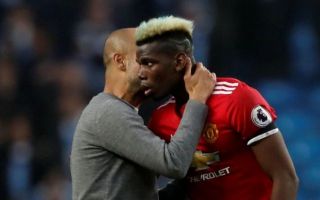 Manchester United star Paul Pogba has made a worrying revelation ahead of the FA Cup final clash with Chelsea.

The France international has been in poor form for so much of this season, looking a far cry from the player the Red Devils forked out £89million for at Juventus.

There’s been plenty of speculation over his future at Old Trafford amid rumours of a row with manager Jose Mourinho, but the player himself has given a pretty big clue about what’s distracting him.

As is often the case in a World Cup year, it seems Pogba’s attention is mainly on representing his country in Russia this summer.

‘I’m going to take the reins of the France team, try to be the boss on and off the pitch,’ he told Canal Plus.

Paul Pogba has been below-par for Manchester United this season

‘I hear it a lot. I hope to give my answer on the pitch and show everyone.

‘I was the best young player [in 2014]. I hope I’ll be the best player overall at the World Cup. That would be great.’

Pogba’s mind is clearly not solely on United, and a player as obsessed with his image as he is is always likely to put the chance to shine on the world stage ahead of his club form.

This is a big worry for United fans as they need the 25-year-old to focus and get into form against Chelsea next week if they are to end the season with silverware.

With Pogba’s mind already on the World Cup it would not be surprising either if he’d been playing within himself recently to avoid getting injured and missing this summer’s tournament.