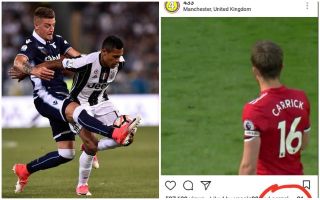 Lazio midfielder Sergej Milinkovic-Savic may have just dropped a pretty big hint that he’s set for a summer transfer to Manchester United.

Various recent reports have suggested the Serbia international looks set to make the move to Old Trafford this summer after catching the eye in Serie A.

The Sun have claimed an £80million deal has been agreed, while the Metro have reported he’s leaning towards United over other clubs due to a desire to play alongside fellow countryman Nemanja Matic.

Talked up as a potential replacement for Michael Carrick in midfield, with the veteran United star retiring after playing his final game for the club at the weekend, it seems pretty telling that Milinkovic-Savic was seen ‘liking’ this Instagram post about the 36-year-old. 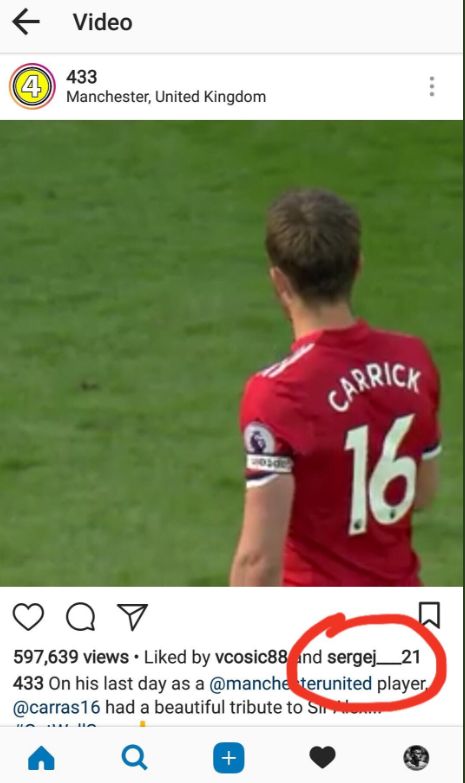 Sergej Milinkovic-Savic is clearly a fan of Michael Carrick

This did not go unnoticed by some United fans on Twitter, and in this day and age of social media, small things like this can actually end up being pretty reliable information about a player and what’s on his mind.

While many players will obviously have an admiration for others regardless of the clubs they play for or hope to play for, the fact that the 23-year-old has done this when he surely knows the reaction it will get amid so much growing speculation linking him with the Red Devils suggests he’s not too worried about the story getting out there.

United fans will now just have to wait and see, but the excitement is already growing…

Interesting what Sergej Milinkovi?-Savi? has been liking on Instagram.. ?? #mufc pic.twitter.com/vuIGNjfJHf