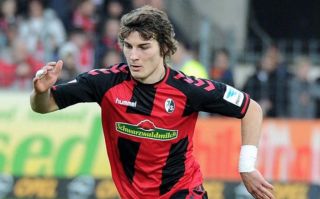 With the summer transfer window set to open this Thursday, it appears that Arsenal want to secure a deal for £35 million-rated Freiburg defender Caglar Soyuncu, according to The Telegraph.

The centre-back was strongly linked to join Arsenal earlier this month by Altinordu president Seyit Mehmet Ozkan, despite interest from the likes of Bayern Munich, as reported per the Metro.

The 21-year-old centre-back has had a number of impressive displays in the Bundesliga since arriving from the Turkish second tier two years ago and could now move to the Premier League.

“Caglar Soyuncu is set to join Arsenal,” Ozkan said at the International Football Economic Forum earlier this month, as quoted by Goal.

“Arsenal demanded his youth information from us. We’ll earn from him, if he joins Arsenal. Bayern Munich wants him too, but he’s on the way to the Premier League.”

As per the Telegraph, Arsenal’s head of recruitment Sven Mislintat has been the catalyst behind the move for Soyuncu.

Mislintat has a reputation for unearthing young talent and was reportedly behind the move for Greek defender Konstantinos Mavropanos, as noted in the report, who has started his career at the Emirates brightly.

Soyuncu is known to be a quick defender and has drawn comparisons with Mats Hummels for his aerial prowess.

In turn, he could be a vital addition to address Arsenal’s defensive ails, as the Gunners conceded 51 times this past season in the Premier League and conceded an average 1.34 goals per match, according to the official Premier League website.

Furthermore, they have only kept 13 clean sheets in the league all season and made 15 errors leading to a goal, thus reiterating the point that they need to strengthen their backline this summer as they look set at the other end of the pitch with the likes of Pierre-Emerick Aubameyang, Alexandre Lacazette and Henrikh Mkhitaryan offering them plenty of firepower.

According to The Mirror, Soyuncu started his senior career with Altinordu S.K, making his debut as a teenager, and went on to make more than 30 appearances for the first-team before earning himself a move to Germany.