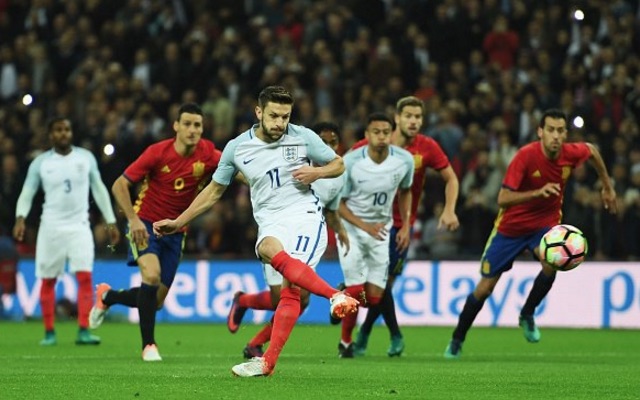 Gareth Southgate has revealed his five-man standby list for the World Cup 2018.

Adam Lallana has endured a nightmare season with injuries, however, the Liverpool midfielder has also been included on Southgate’s standby list.

Southgate highlighted the importance of the players on the standby list and said they would be ready for the call should it come.

“History tells us that one of those standby players may end up in the squad, as it’s very unusual for us to get through the end of the season and our two preparation games without any issues,” explained Southgate.

“All of the guys on standby have been really professional in their approach to this. They recognise there’s still an opportunity and we’ve had a lot of conversations over a period of time with them about their situation.”

As for the 23-man squad, Southgate has called up Ruben Loftus-Cheek and Trent Alexander-Arnold following their impressive showings for Crystal Palace and Liverpool.

Danny Welbeck also travels to the squad too as one of four forwards.