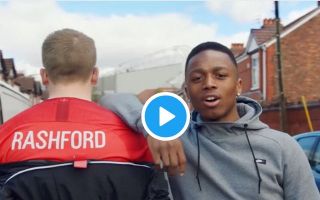 Gareth Southgate’s 23-man England squad for the World Cup in Russia this summer has been announced, but fans were not impressed with the way in which it was revealed.

With many talking points already in full flow amid leaks of the squad earlier this week, most notably BBC Sport reporting that both Jack Wilshere and Joe Hart were to be left out which was accurate, much of the squad was relatively well known.

However, the all-important announcement confirmed which players are heading to Russia with the responsibility and hopes of the nation on their shoulders to deliver and at least enjoy a deep run in the tournament.

While the comments should have been about the players included or snubbed with interesting debates over what Southgate has got right and wrong, they were instead dominated by responses to the video put together by the FA to reveal the names which had been selected, as seen below.

In truth, we probably could have done with a good old fashioned list to get the point across, but in an age where social media demands quirky and entertaining angles on things, we got this travesty instead.

For the nation, by the nation. The #ThreeLions’ official @FIFAWorldCup squad announcement. pic.twitter.com/YecUWPUZfJ

What the fuck is this bullshit?! Just announce the squad

What the fuck is the utter state of this?

This is the absolute strangest squad announcement I’ve ever seen

Who the fuck made this crock of shit

And that video is cringe

This vid is more embarrassing than the squad itself.

this announcement is worse than the squad

All that production and you couldn’t be bothered to subtitle?

Wtf is that video

This video just describes how our performance is going to be