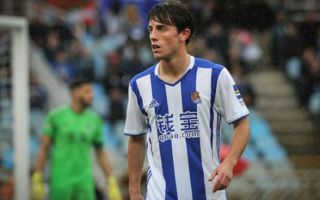 Odriozola, 22, is a right-back for Real Sociedad and is regarded as one of the league’s brightest talents, and Messi wants the Catalan outfit to activate his €40M release clause, as per Don Balon.

The defender’s speed and ability to deliver from the right-hand side have seen his stock rise.

The player’s performances for Sociedad haven’t gone unnoticed since he broke into the Basque side in the 2016/2017 season, when he made his debut against Malaga in a 2-0 win.

After making 16 appearances for Sociedad that season, he was then called up to the Spain Under-21 squad for the European Championships in Poland, where he helped his team finish runners-up.

This season, his performances have been rewarded with two appearances for the senior Spain side, with the starlet making his debut in October. 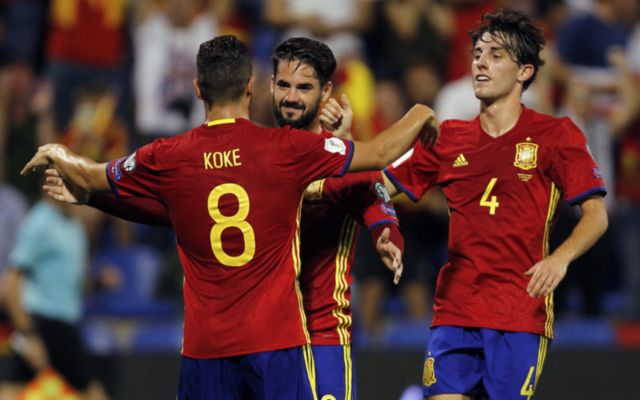 Odriozola (right) made his debut for Spain this season

It is understandable why Messi is said to be a fan of Odriozola.

He would give Barca a fresh injection of pace and creativity from the flank that has been missing since former star Dani Alves used to command that area of the pitch with attacking verve and energy.

However, Barca could face competition for his signature, with fellow European giants Real Madrid and Manchester United also interested in his signature back in February, as reported by The Sun.