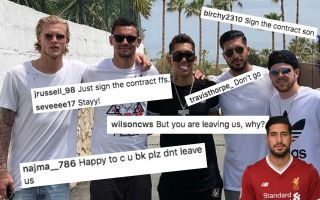 Liverpool fans hijacked Emre Can’s Instagram post on Thursday as they begged the midfielder not to leave this summer.

Can is expected to join Juventus ahead of next season, with Goal.com reporting that a deal could be completed before the end of May.

But many Reds supporters remain hopeful that the 24-year-old will pen a new contract before his current one runs out in late June. 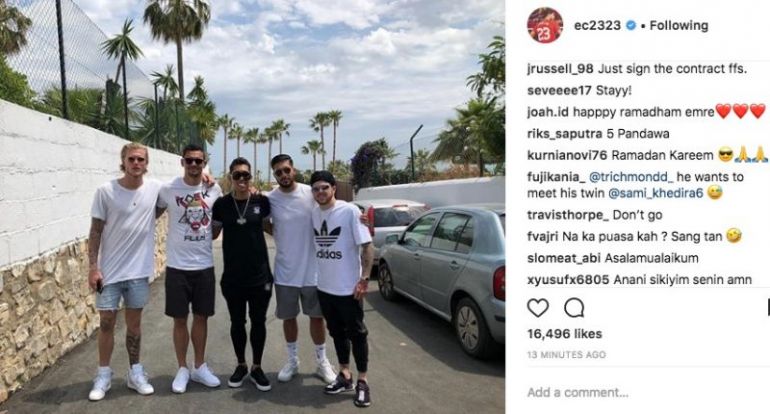 Can joined up with his Liverpool team-mates in Marbella this week. The squad are in Spain for some warm-weather training ahead of the Champions League final against Real Madrid on May 26.

Germany international Can, posed in the sunshine alongside Loris Karius, Dejan Lovren, Roberto Firmino and Alberto Moreno in a photo which he captioned: ‘Happy to be back with the boys’.

Fans were quick to respond, with one writing: ‘Just sign the contract ffs’.

‘Don’t go’, read another, while one supporter replied: ‘Stayy!’