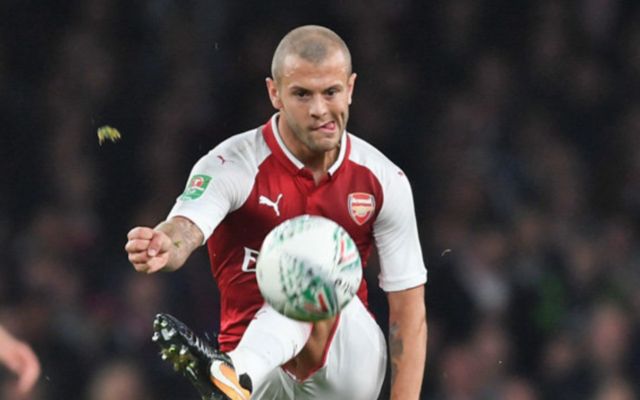 Why was Jack Wilshere left out of the England squad? This has been on the lips of many pundits and Arsenal fans and England manager Gareth Southgate has revealed his reasons why.

Wilshere has managed 38 appearances this season for Arsenal – but was injured for England’s friendlies against the Netherlands in Amsterdam and Italy at Wembley in March.

He played well for the Gunners this season helping Arsenal reach the Europa League semi-final but Southgate Wilshere’s loss of form towards the end of the season and not featuring for England since Euro 2016 were both factors.

“Jack Wilshere has of course been in our thoughts. We selected him in March but he hasn’t played a game for us,” Southgate said.

“We’ve been pleased with the players who played in November and March.

“The only midfielder we added is Fabian Delph who had a fantastic season with the champions.

“Jack had a good spell but was maybe not as effective towards the end of the season. We’re very open minded in terms of what we want.”

Joe Hart and Ryan Bertrand were also left out of Southgate’s squad and he explained why they were omitted – despite featuring in previous Southgate squads.

“Ryan and Joe have played a lot over the last two years so they’re not decisions we took lightly,” Southgate told the FA website.

“I could have had easier conversations by keeping them involved. Both calls were really tough. They’re both good guys and have contributed a lot throughout qualification.

“It wasn’t an enjoyable part of the job and I feel it’s important to acknowledge their contribution in getting us to Russia.”