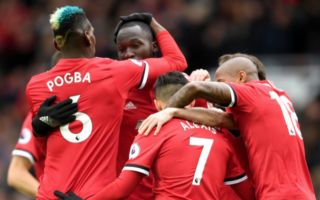 Former Manchester United captain Bryan Robson has tipped Paul Pogba to have another big game in the FA Cup final vs Chelsea.

The France international hasn’t enjoyed the most convincing of seasons by any means, but is known for being one of the best midfielders in the world when he’s on form.

Robson clearly has faith in Pogba and feels he’s seen enough from him to believe he could step up for the big occasion at Wembley this weekend.

United are in dire need of a win to avoid ending this season empty-handed, and big names like Pogba need to start justifying the hype with performances when it matters most.

Fans will hope their former skipper is right in his analysis that he can see the 25-year-old finally producing the goods when it matters most.

‘With Paul, I think everyone saw in the Europa League and the big games last year, he rose to the challenge,’ Robson is quoted in the Daily Mirror.

‘And the two big games this year – coming back in the derby to win at City, Paul was a big influence, and then Tottenham in the semi-final, I thought he had a really good game.

‘This is where you find your top players or whether they’re just going to be good players.

‘Your top players rise to the challenge and always do well in finals, semi-finals and the big league games.’

If United win the FA Cup, they’ll go level with current leaders Arsenal on 13 total victories in the competition, which could serve as extra motivation, not that it’s needed.