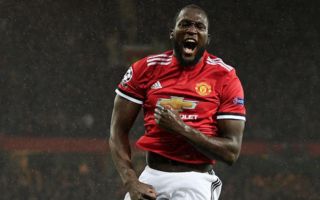 Chelsea and Manchester Utd will contest for the FA Cup trophy in the final on Saturday, but interestingly only one of their players make up the top 5 scorers.

Both teams will be eager to get their hands on the famous trophy as it is the only chance of silverware for both clubs this season.

The top five scorers from this year’s competition only sees one Premier League player among the list with Man Utd’s Romelu Lukaku performing well scoring five goals and assisting two.

However, Will Grigg was certainly on fire this season scoring seven goals in the competition.

The Wigan striker scored the only goal in his side’s shock 1-0 victory over the Premier League champions Manchester City, helping the Latics reach the quarter-finals of the FA Cup.

Tottenham fans will remember Ian Henderson after he scored to give Rochdale the lead in their FA Cup fifth-round tie against them.

The forward has six goals to his name in the FA Cup this season.

Meanwhile, Jayden Stockley and Jack Marriott both have five goals to make up the list.