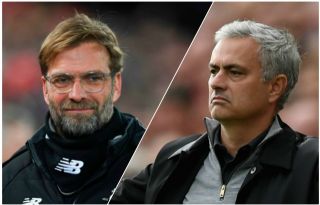 Manchester United and Liverpool have reportedly ‘knocked on the door’ of Barcelona midfielder Ivan Rakitic as he considers a summer transfer away from the club.

The Croatia international has been a key player for the Catalan giants for some time now and his departure would be a major blow, but from a Premier League point of view, it would be a very exciting move indeed.

Both United and Liverpool have their needs in midfield, and Don Balon report they’re both on hand with offers for Rakitic as he seems tempted to take up a change of scene due to concerns over his role at the Nou Camp next season.

While no decision has been made yet, Don Balon do suggest Lionel Messi is concerned about losing such an important member of the squad, and that should tell United and Liverpool fans everything they need to know.

The Spanish outlet also list Juventus as potential suitors for Rakitic, but it’s clear he could be ideal to replace the retiring Michael Carrick at Old Trafford, while Marouane Fellaini being near the end of his contract is also far from ideal for the Red Devils.

As for Liverpool, Emre Can is also nearing becoming a free agent and would need replacing, and both clubs could do a lot worse than Rakitic.

Don Balon have reported on his potential departure before, claiming his fee would likely be around £70million.