Liverpool have reportedly decided to cancel a summer pre-season friendly with Borussia Monchengladbach due to their pursuit of Rhian Brewster.

The Reds believe the Bundesliga club have been in talks to lure Brewster to the club this summer and this has led them to pulling out of this match, according to the Times.

Brewster is a highly regarded talent at Anfield and it seems Liverpool are not at all happy about the prospect of him being snapped up, and perhaps feel Gladbach have behaved inappropriately in their pursuit of him.

If the England teenager does end up making the move to Germany, he would continue a growing trend of English youngsters moving abroad in order to boost their first-team chances. 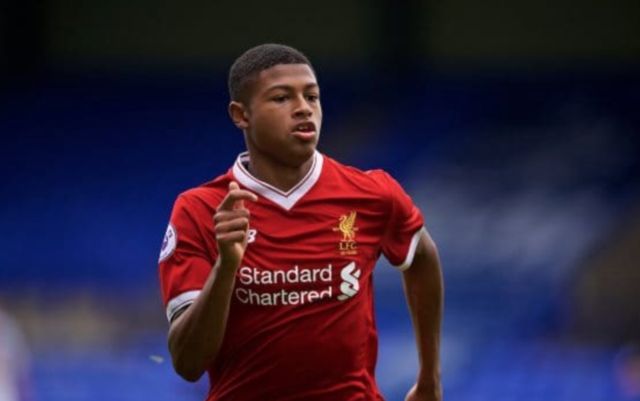 Liverpool’s Rhian Brewster could be heading to Borussia Monchengladbach

It’s not just the Bundesliga either, with Marcus McGuane recently leaving Arsenal for Barcelona.